Zombie City, or simply Z-City is a battle royale mode whereby humans fight against one another to survive. Z-City comes in two separate operations, solo and duo.

On solo, everyone fights on their own just like in any battle royale. On duo, a survivor teams up randomly with another survivor, and fight against other teams although friendly-fire is enabled.

Each game supports up to 32 players.

Once the 120-seconds warm-up ends, everyone starts off unarmed and start locating supplies. Players killed remain dead for the remainder of the game but they are free to spectate other survivors or just leave and join another game.

Currently there are three important elements to take note of:

Each player starts with 18 slots, and 12 additional slots locked. They are unlocked by collecting the “Inventory Expansion” item found inside loot chests around the map. Collected items are rearrangeable and droppable if desired.

By collecting cash, players make purchases on weapons from a designated shop. There are no restrictions imposed, provided they are unlocked in their inventory.

Power-ups are generally enhancements that strengthens a human’s abilities, although their availability in every game is totally random.

Some are majorly game-changing, such as seeing humans through walls, increased footspeed and health regeneration. These are permanent and remain active throughout the game. On the other hand, zombies can also collect and retain power-ups. However this also means that human-exclusive ones (e.g. unlimited ammo for firearms) obtained before the transformation will become in-active, and vice versa.

Once dead, a player drops everything in the inventory, including power-ups.

The game revolves around a day-night cycle, while increasingly ramping up the game’s difficulty as the days go by. This, as well decreases the play zone in the form of a purplish hemisphere at an increasing rate which only happens at night.

At the same time, stray zombies will start to become more aggressive and chase human survivors that happen to be close by. Players that fail to stay within the play zone perimeter start losing health points by the second.

Besides hiding from trigger-happy humans, there are also roaming zombies to avoid. These shambling creatures, alone or loosely-grouped do not pose much of a threat since they move pretty slowly, but humans that happened to take damage from one stand a chance to be infected once night falls. 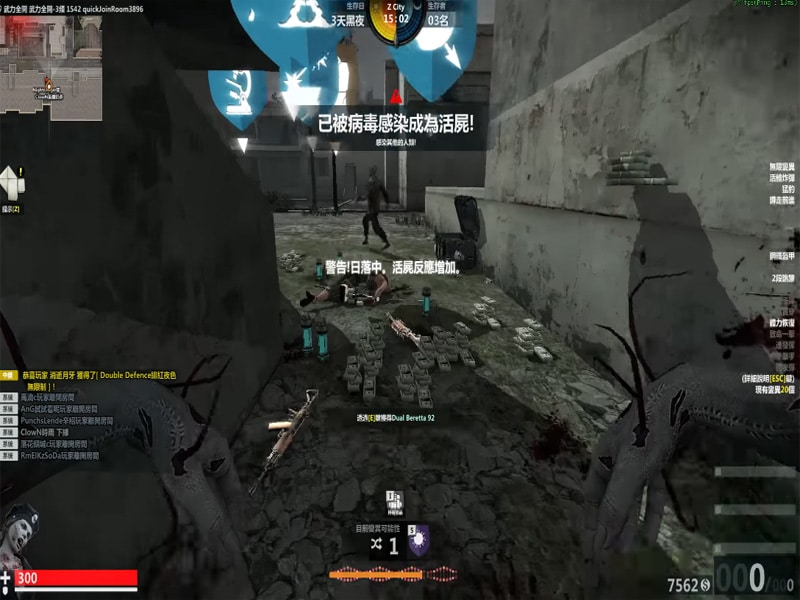 Upon transformation, the transformed zombies run at a much faster pace and have more health points. They can infect other humans once they come in contact in just one swipe. Also, zombies retain the ability to loot items.

All zombies that managed to survive the night revert back to their human forms once the next days sets in.