Each one has a set of standard rules and most, if not all modes do not belong in the Competitive scene.

Players are divided into two teams; zombies and humans. During the start of each round, a few individuals are randomly infected after a 30-seconds countdown. Humans then have to survive the outbreak for a period of time while the zombies try to infect all of them.

This is the vanilla zombie mode.

A variation of the classic zombie mode, human survivors start with a 90-seconds countdown to make use of props in order to build a line of defence against zombies. Players carry props by pressing on the "E" key and using the pipe wrench provided to "harden" the objects. After the countdown, random individuals become zombies.

The zombies must infect the humans by destroying the barricades or line of defence built from the props to win.


Popularly known as Prop Hunt, a team of players will be chosen to props and have to hide from the hunters. Everyone on the props team are able to choose between two/ three random choices (vary greatly in size) and optionally, spend 1000 points to draw a new selection of props.

Props must blend themselves into the background and/ or escape the hunters to survive the round. Both hunters and props can take fall damage.

Players spectating on the props team are able to thumbs up surviving ones by pressing on the "T" key. Each spectator can only vote once per round. Every "living" survivor has a maximum of 10 thumbs up.

Once per round, objects change their forms during the 20-second countdown before the second minute.

Only when 30 seconds remain before a round ends, all humans' weapons are automatically switched to the M249 and they enjoy a speed boost. In addition, their health does not decrease.

Same Original/ Classic rules apply, except that all Terrorists are semi-invisible, only becoming fully invisible when stationary. They run much faster, have more health points and are limited to knives and grenades. A knife stab also is a one-hit kill. As a trade off, they emit loud heartbeats to signify their presence.

Counter-Terrorists have access to all weapons with the exception of machine guns to prevent spamming.

Vanilla zombie mode on steroids by incorporating DNA "upgrades" to both human and zombie factions. While the same rules apply, each human fills up the DNA bar by dealing damage to zombies. Meanwhile, the zombies have to receive damage from humans to fill up theirs.

Whenever the bar is filled, a DNA point is awarded which is used to unlock a random ability, such as increased footspeed and increased firepower.

A sequel to the first Hide and Seek, with a massive overhaul in game mechanics:

Experience battle royale with zombies. Check out the Introducing Z-City page to find out more! 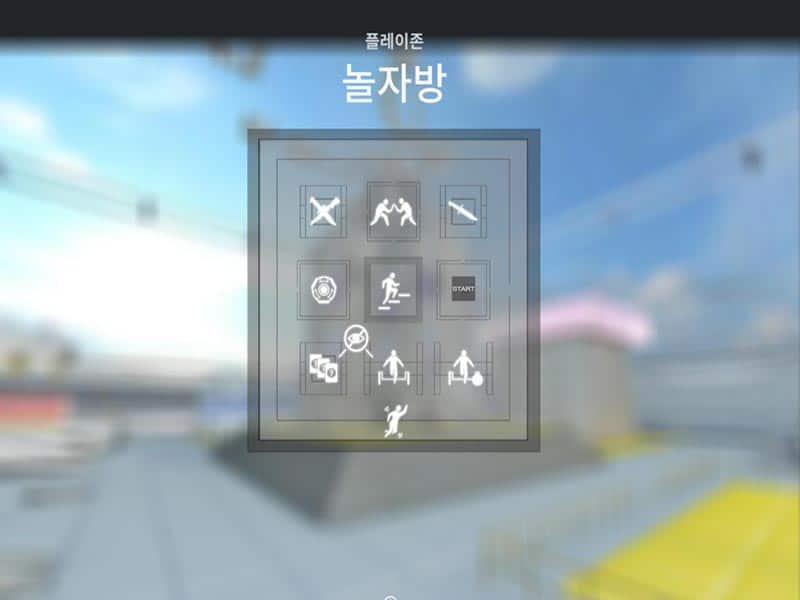 Play Zone is a "sandbox" which involves minigames such as knife battles, rope skipping and air surfing without any real objectives present. The recent revision allows players to broadcast their unboxings to the rest via a giant display.

All kills, assists and deaths do not count towards the player's stats.

The game ends once the 60-minutes timer reaches zero.