Navigating through Counter-Strike Online 2 interface, one tab at a time. This is the lobby, or where the game begins at. Your main character focused for your viewing pleasure, rotatable horizontally by holding down on the right mouse button and panning (moving) the mouse. Below images represent the Quick Join, Matchmaking and Server Browser choices respectively:

The fastest way to get right in action. Simply click on the game mode of choice and the system immediately locates an ongoing match for you to hop in. 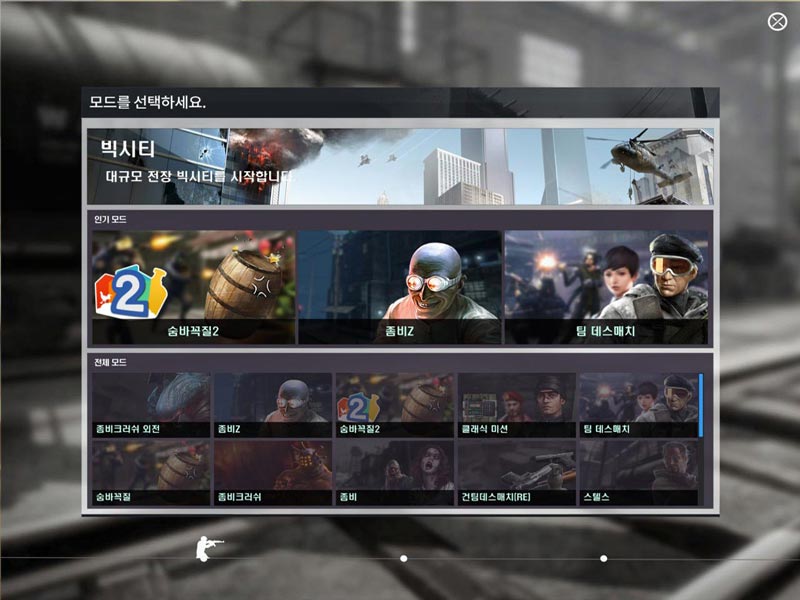 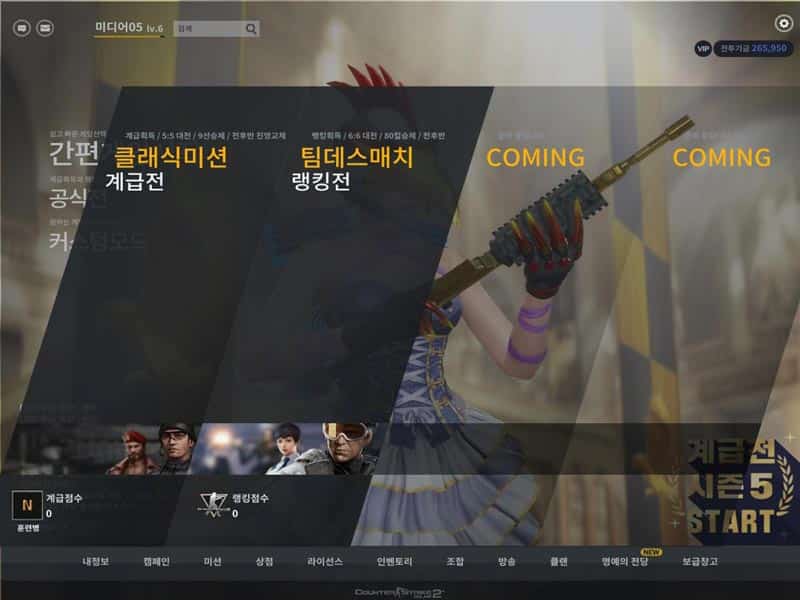 If you are looking for specific rooms or simply want to create one for private matches, the server browser does what it says. Rooms are sortable by number, title, game modes, maps and number of players. 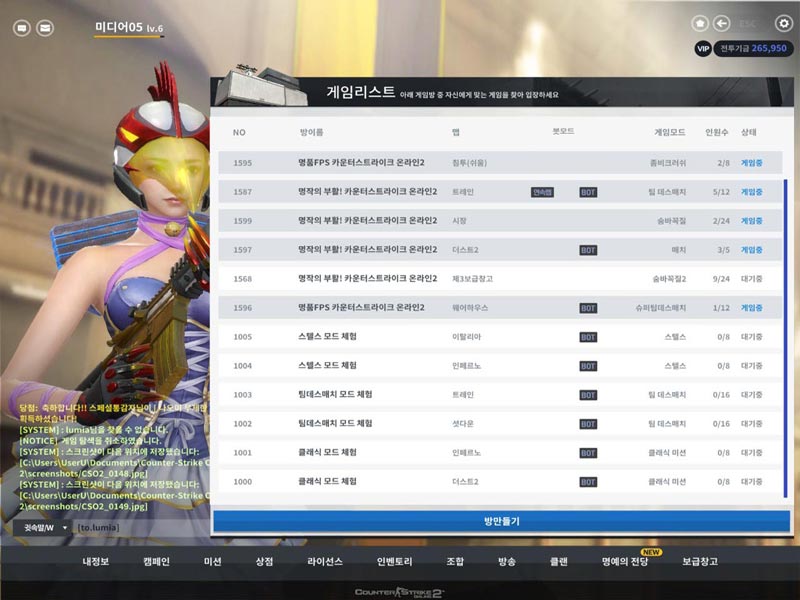 This is the room creation window. As a room host, you are free to set the rules. 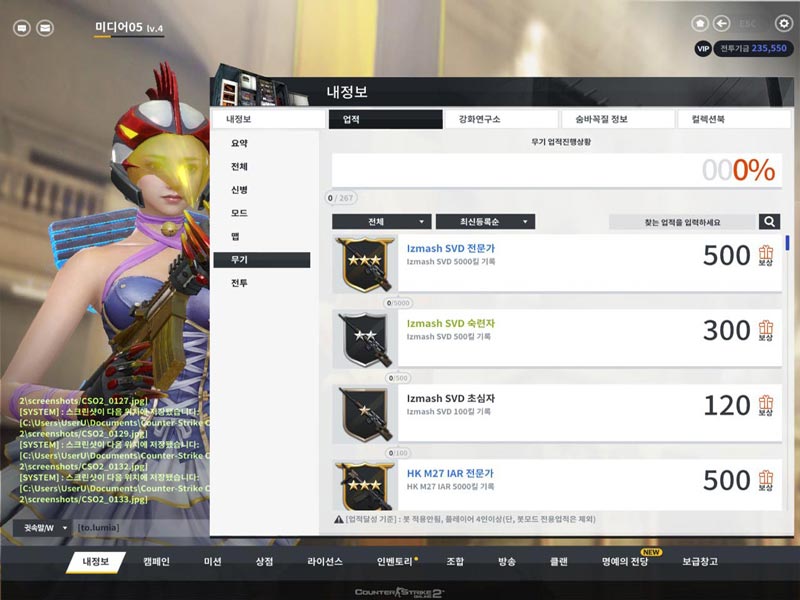 Everything you want to know about your character. View the statistics (Kill Assists Death, headshot percentage, etc...), achievements and configure badges and titles to display on your profile. In addition, you are also able to set a custom tagline which is viewable by spectators.

Achievements meanwhile, are sortable by weapons, maps, game modes and actions performed (e.g. kill an enemy with a grenade after dying). Completing them reward experience points, game points and badges. 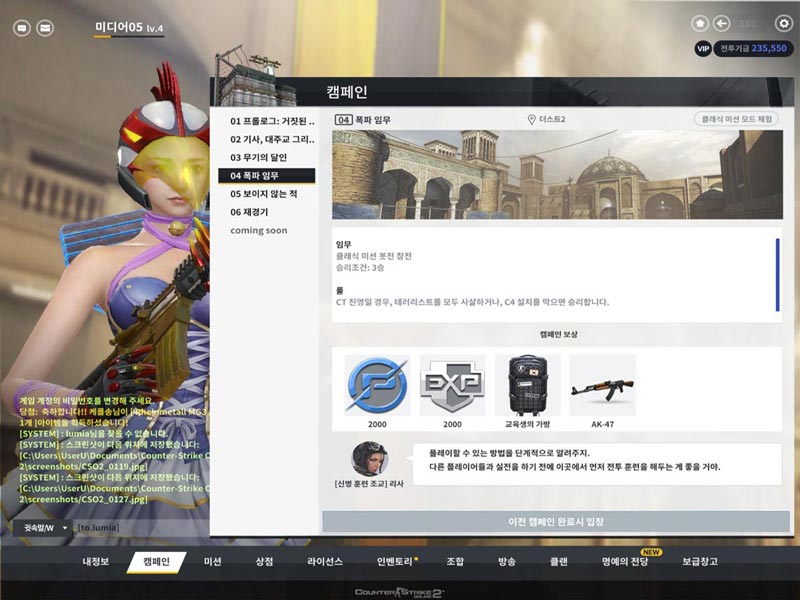 For newcomers, the beginner’s tutorial walks you through the game basics while introducing different game modes narrated through different characters, including the Leet character.

In addition, completing side missions yield rewards in form of costumes, medals and basic weapons, claimable upon completion. 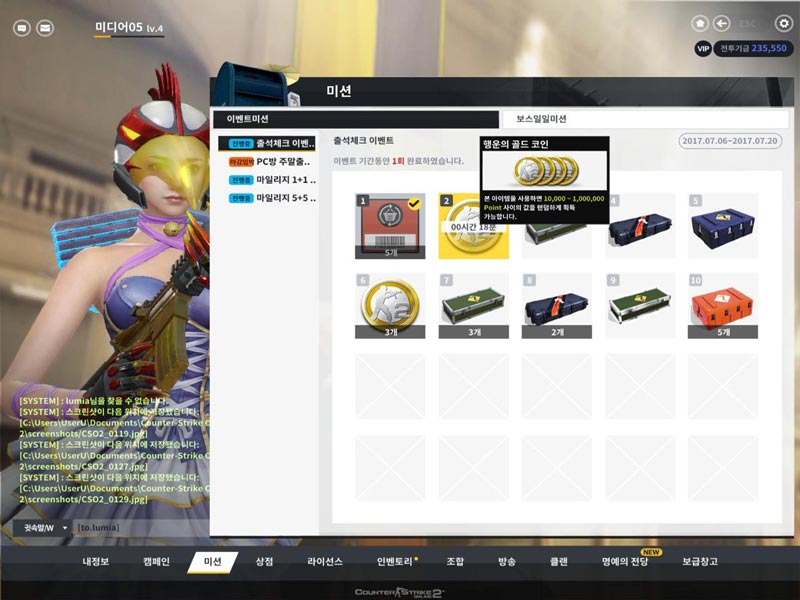 During events, different rewards are redeemable by achieving certain simple conditions, such as logging into the game for 30 minutes or playing a game mode a specific number of times. Some are repeatable daily while the rest are one-offs.

In addition, there are three challenges available daily, accessible through the DAILY CHALLENGES tab. 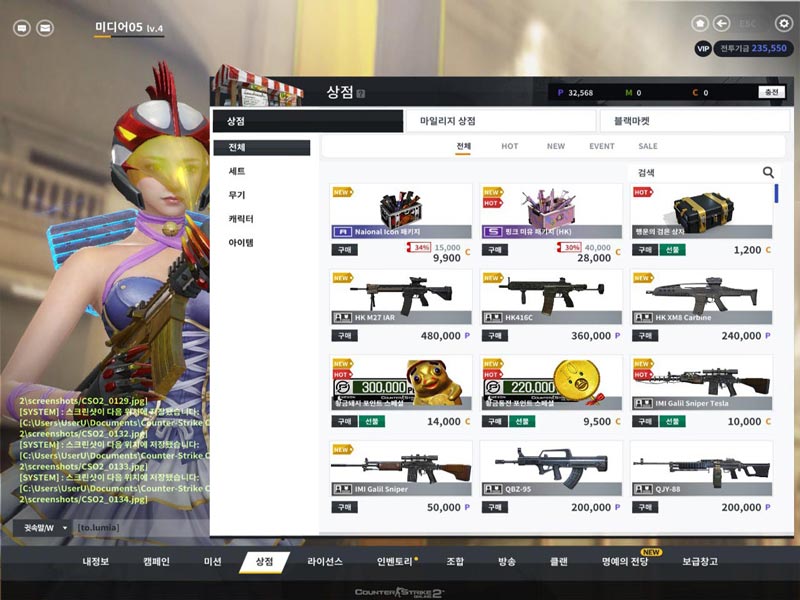 The shop is the place players purchase desired weapons, characters and items added or updated from time to time. Sold in both game points and cash points, purchasing with cash awards you with mileage points, a loyalty program which allows one to store and redeem rare items, such as a golden revolver! 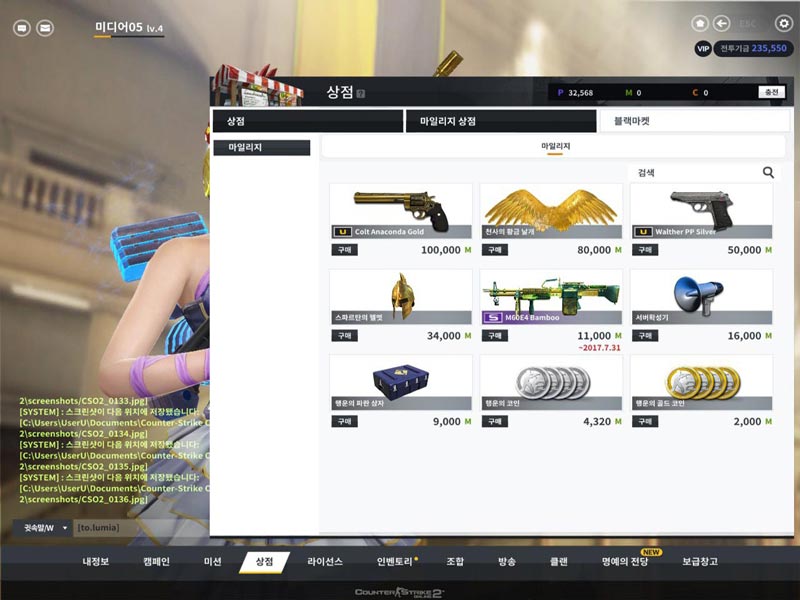 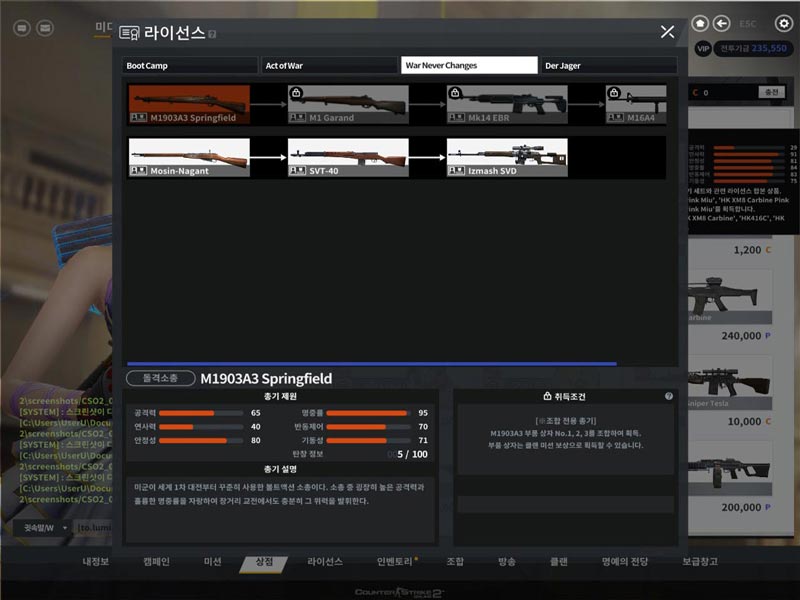 Over here, players unlock weapons here with game points or through achieving a certain criterion per weapon. For instance, to access the ARMSEL STRIKER-12, the XM1014 must be unlocked beforehand. Once that is complete, the STRIKER-12 is unlocked either through paying a certain amount of game points or through the slower method, by attaining a set number of kills with the XM1014.

Either way, the Armory ensures most weapons listed are not always locked behind a paywall.

Some exceptions however, apply to certain exclusives, such as the M1 Garand that is only available through clan reward boxes, which requires joining a clan. As the title speaks for itself, players have the privilege to access individual items quicker by their respective categories (e.g. rifles, classes, costumes). There are three configurable loadouts usable in Original, Team Deathmatch and Deathmatch game modes.

All items, permanent or are time-limited are listed. With the exception of certain items, others are immediately equippable or usable as well as setting the main Counter-Terrorist and Terrorist characters respectively.

The Buy Menu is also modifiable (shown as a blue button in the above image) by switching weapons and their skins. The same applies to the Buy Menu in-game. 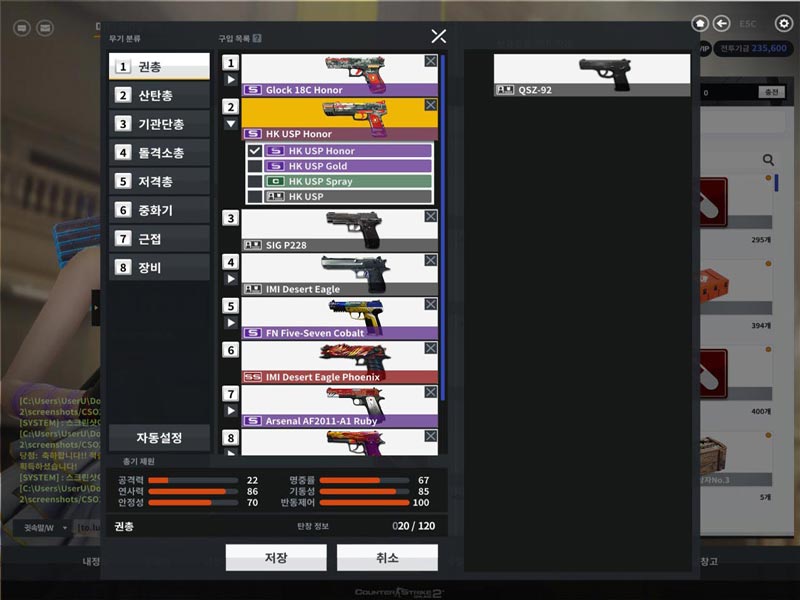 A unique feature in Counter-Strike, enabling players to fabricate new weapons, upgrade skins and experiment with combinations. Learn more about it here. 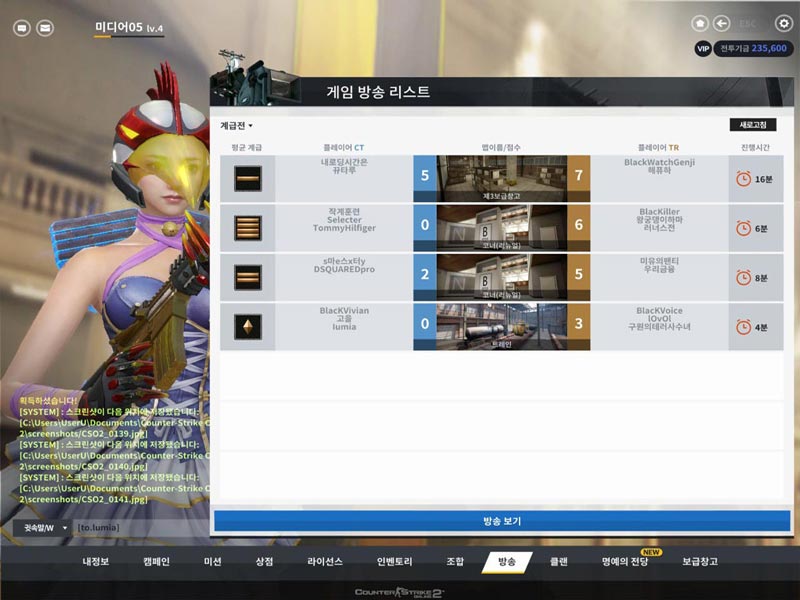 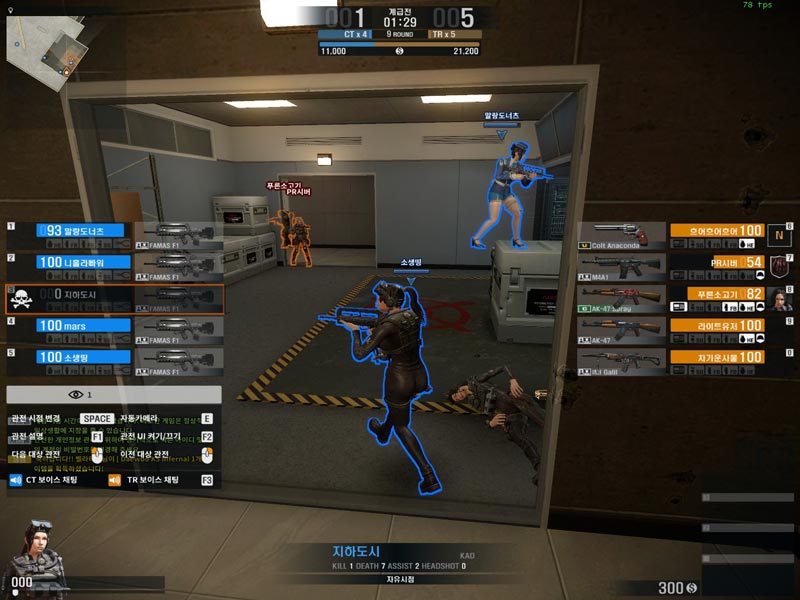 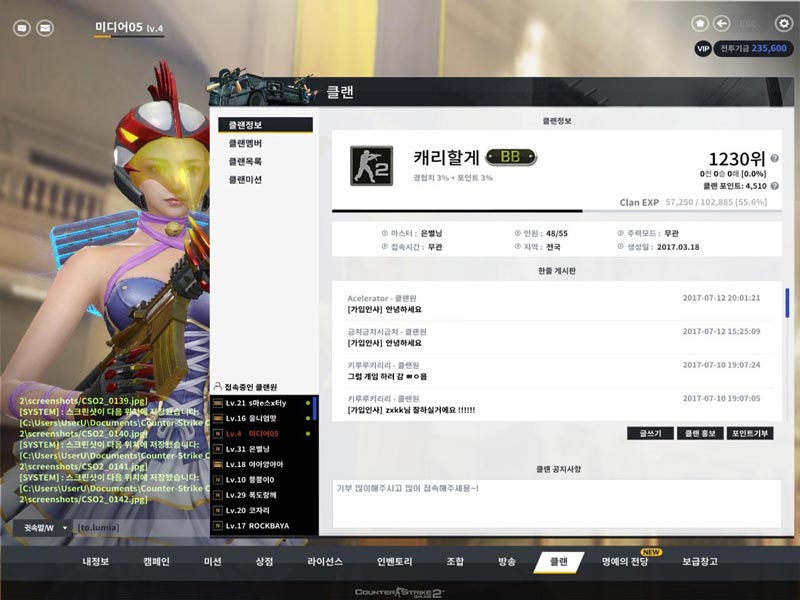 Besides having companions to take on tasks or just to have fun, joining an active family/ clan rewards the player with clan supply boxes. Such items are mainly used to manufacture clan-exclusive weapons such as the Springfield M1903A3 and the MK14 EBR.

In addition, joining a clan entitles one to partake in clan matches, or pick-up games.

Clans are either on invitational basis or open to the public, which are at the discretion of their own leaders. 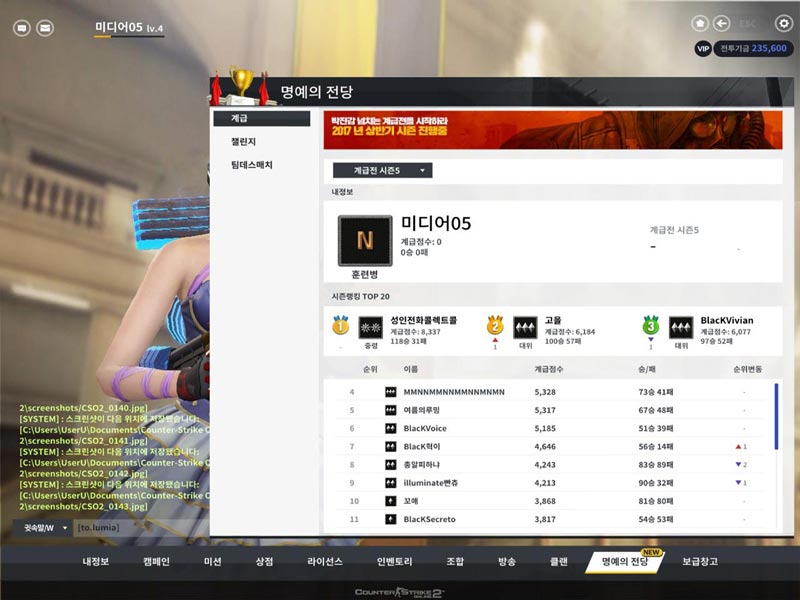 The leaderboard allows players to measure how their performance fare against other players, with ranks varying between game modes. Top players featured on the publisher’s front page and rewarded with some exclusive Honor skins like the ones below! Unsurprisingly, ranks do decay over inactivity so staying ahead in the game is required! 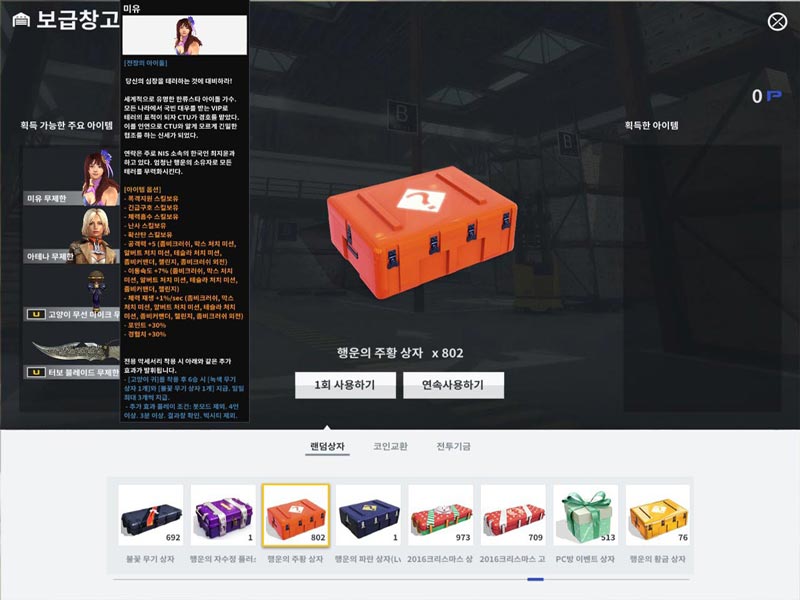 Just like other shooter games, Counter-Strike Online 2 features microtransactions, with weapon cases or fortune boxes storing premium contents being no exception. Earned from events or purchased from the Shop, different fortune boxes provide a variety of rewards, with the prime ones featured on the preview. Certain cases include mileage points which are collected to redeem prizes. For players on the VIP membership, the amount is doubled. 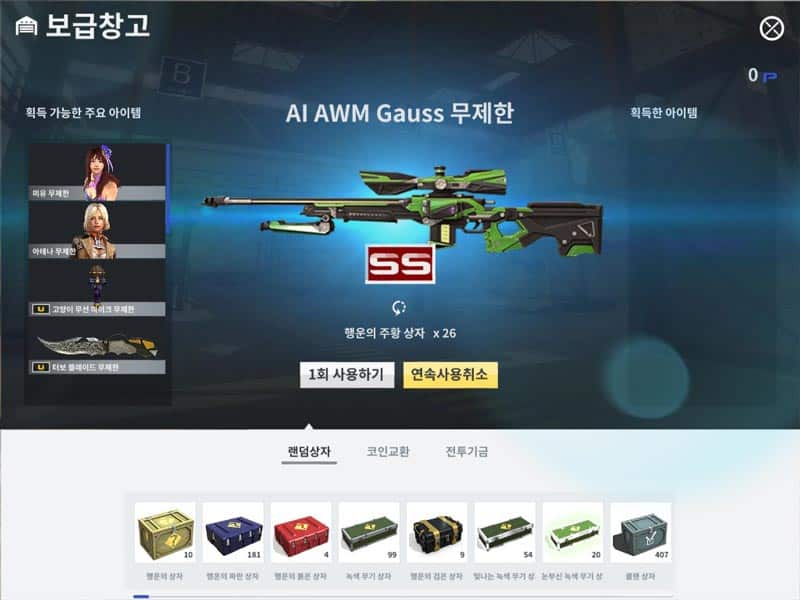 The AWM Gauss is a futuristic-themed sniper rifle loaded with rounds that disintegrates human flesh. Time to start shelling out some cold hard cash!