Leet appears as the Terrorist leader in the destruction of Big City. With his alpha and battle-hardened figure, he spearheaded most operations that have gained worldwide notoriety.

He serves as an instructor to players accessing the newcomers tutorial.

At the age of 20, Ain Berg joined the German Foreign Legion but after continuous acts of repeated violence and theft among his peers, he was deported back to his country, being forced to rely on labor jobs. One day while involved in a dispute inside a hotel, he mistakenly killed a police officer and went into hiding.

Sometime later, Leet invited him to join his crew.

Unlike other high-profile criminals, Nikolas maintains a low profile in a suburban neighborhood, working as a watch repairman. However once he dons his balaclava, his whole demeanor changes to a ruthless terrorist.

With his no-nonsense attitude, he is very particular on punctuality.

Born in the mid 90s in Asia, Yuri is an expert in everything related to explosives. She participated in the Islamic separation wars, and is known to have died during experiments with new explosives.

But even after these rumors, she vanished and developed new explosives and has been sighted during the bombing of the Rex Research Institute.​

An anti-social, self-proclaimed vanguard artist in terrorism, Tammy is no stranger to hacking and bank robberies as well as kidnapping singing celebrities from the avant-gardes in New York.

With her mastery in productions of arms and arts, she joined the Terrorist Union in hope for a worldwide recognition of her handiwork.​​

As part of the world’s largest criminal​ organization ‘Black Dragon’, he undertook the role of a hitman. Unlike Kara however, he betrayed their trust by secretly leaking out intelligence to unknown parties.

He masters in weaponry as well as wiretapping. He justifies that he does so in order to listen to baseball games.​​

Mila is a mercenary who was recruited by Leet to carry out exclusive missions. Her origin is unknown, but she is obviously a beautiful woman who is nicknamed the “Red Muffler Avenger” that always gets the job perfectly done.

A seductive lady that would make men fall for her, she is an agent of the assassination of the top guns. She specializes in a variety of martial arts, along with hidden weapons and poisons tucked up her sleeves. ​

Leet serves as her introducer.​​

A former MI6 agent with the license to kill, she worked in Lincoln’s Counter-Terrorism Unit (CTU) with the intention of espionage but the attempt was thwarted by Choi Ji Yoon. Her supposed death was evaded by Leet’s rescue and with his protection, she embarked on a journey to seek revenge.

A young daughter of a photographer father in the Middle East, she joined the mercenary terrorist group untiladulthood. ​Thanks to her Caucasian complexions, her involvement in assaults, revolutions, imprisonments and abduction actions have sparked worldwide attention.

A former weapons expert for the Russian Federal Security Service Department (Spetsnaz) that was dishonorably discharged. He then took the opportunity to involve himself as a broker in an arms smuggling business for Terrorist organizations, including the international ‘Black Dragon’.

Kaze boasts excellent performance in the Middle East armed struggle as a right arm of the Red Army’s chairman. Except the face, name and outfit, nothing much is known about him.

He is gone but left all the destruction and carnage behind, which made him to be known as the “wind of the desert”.

Sonya serves as a former KGB and CIA double agent, but now she is an information broker who sells top-secret information. By the relative and upscale with bureaucrats due to her job, she adorns her body with lots of luxury.

With her intelligence, she can earn billions even with the priceless things. That’s why all of the international agents are eager to detain her.

A cold-blooded and merciless assassin, he’s been on the international WANTED fugitives list. Unlike any other modern terrorists, Hassan has been accustomed to his operations using guerrilla tactics to combat larger traditional military armies. ​

With his outline and modus operandi, many organizations have attempted (unsuccessfully) to recruit him.

Naomi was a former CIA secret agent and member of the extreme right-wing group militia. She was being accused of colluding with the anti-government forces in the United States to stir up terrorism.

However, the information related to her remains a secret in the CTU, as well as her exact identity as a terrorist or not.

During his childhood, Joe tried to save his father who was heavily indebted due to compulsive gambling, and was discovered by a Yakuza boss to serve as a member of his organization. After climbing the ranks to be the leader with his outstanding fighting skills and quick determination, the organization has become prominent in the underworld.

Currently Joe’s organization has temporarily ganged up with the Terrorist Union to stop the ‘Black Dragon’ from invading their business areas. 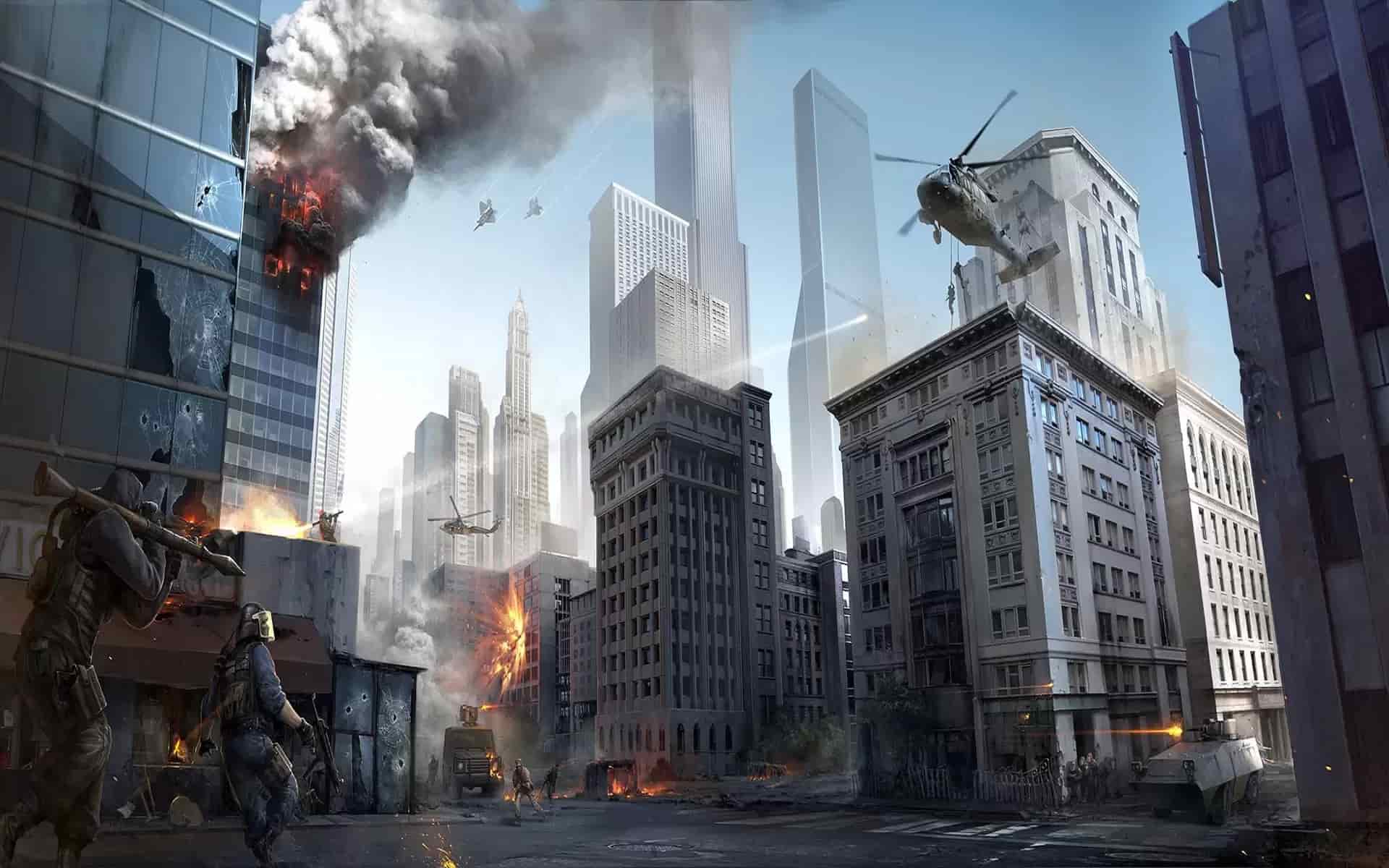